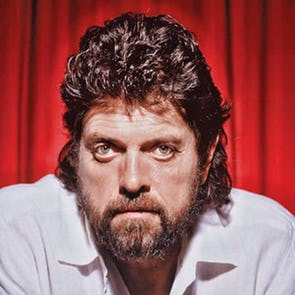 The estimated net worth of Alan Parsons is $30 million USD.

Parsons was involved with the production of several notable albums, including the Beatles' Abbey Road (1969) and Let It Be (1970), Pink Floyd's The Dark Side of the Moon (1973), and the eponymous debut album by Ambrosia in 1975. Parsons's own group, The Alan Parsons Project, as well as his subsequent solo recordings, have also been commercially successful. He has been nominated for 13 Grammy Awards, with his first win occurring in 2019 for Best Immersive Audio Album for Eye in the Sky (35th Anniversary Edition).[3]

In October 1967, at the age of 18, Parsons went to work as an assistant engineer at Abbey Road Studios. He was a tape operator during the Beatles' Get Back sessions,[4] and he earned his first credit on the LP Abbey Road. He became a regular there, engineering such projects as Wings' Wild Life and Red Rose Speedway, five albums by the Hollies and Pink Floyd's The Dark Side of the Moon, for which he received his first Grammy Awards nomination.

Parsons considered himself to be a recording director, likening his contribution to recordings to what Stanley Kubrick contributed to film.[citation needed] In his work with Al Stewart's "Year of the Cat," Parsons added the saxophone part and transformed the original folk concept into the jazz-influenced ballad that put Stewart onto the charts.[5]

Parsons also produced three albums by Pilot, a Scottish pop rock band, whose hits included "January" and "Magic". He also mixed the debut album by the American band Ambrosia and produced their second album, Somewhere I've Never Travelled. Parsons was nominated for a Grammy Award for both albums.[6]

In 1975, he declined Pink Floyd's invitation to work on Wish You Were Here, the follow-up for Dark Side, and instead initiated the Alan Parsons Project with producer, songwriter, and occasional singer Eric Woolfson, whom he had met at Abbey Road. The Project consisted of a revolving group of studio musicians and vocalists, most notably the members of Pilot and (on the first album) the members of Ambrosia. Unlike most rock groups, the Alan Parsons Project never performed live during its heyday, although it did release several music videos. Its only live performance during its original incarnation was in 1990. It released ten albums, the last in 1987. The Project terminated in 1990 after Parsons and Woolfson split, with the Project's intended 11th album released that year as a Woolfson solo album. Parsons continued to release work in his own name and in collaboration with other musicians. Parsons and his band regularly toured many parts of the world.

Although an accomplished vocalist, keyboardist, bassist, guitarist and flautist, Parsons only sang infrequent and incidental parts on his albums, such as the background vocals on "Time". While his keyboard playing was very audible on the Alan Parsons Project albums, very few recordings feature his flute. He briefly returned to run Abbey Road Studios in its entirety. Parsons also continued with his selective production work for other bands.

Of all his collaborators, guitarist Ian Bairnson worked with Parsons the longest, including Parsons' post-Project albums: Try Anything Once, On Air, The Time Machine and The Secret.

In 1998, Parsons became vice-president of EMI Studios Group, including the Abbey Road Studios. He soon left the post, deciding to return to more creative endeavours. Parsons remained as a creative consultant and associate producer for the group.

As well as receiving gold and platinum awards from many nations, Parsons has received thirteen Grammy Award nominations. In 2006, he received a nomination for Best Surround Sound Album for A Valid Path. In 2019, he finally won his first Grammy Award for Best immersive Audio Album for his remastered 35th anniversary edition of Eye in the Sky.[7]

Beginning in 2001 and extending for four years, Parsons led a Beatles tribute show called A Walk Down Abbey Road featuring a group of headlining performers such as Todd Rundgren, Ann Wilson of Heart, John Entwistle of the Who and Jack Bruce of Cream. The show structure included a first set where all musicians assembled to perform each other's hits, and a second set featuring all Beatles songs.

In May 2005, Parsons appeared at the Canyon Club in Agoura Hills, California, to mix front-of-house sound for Southern California-based Pink Floyd tribute band Which One's Pink? and their performance of the Dark Side of the Moon in its entirety.[10]

In 2010, Parsons released his single "All Our Yesterdays" through Authentik Artists.[11] Parsons also launched a DVD educational series in 2010, titled the Art and Science of Sound Recording (ASSR) on music production and the complete audio recording process. The single "All Our Yesterdays" was written and recorded during the making of ASSR. The series, narrated by Billy Bob Thornton, gives detailed tutorials on virtually every aspect of the sound recording process.[12]

During 2010, several media reports[13][14] (one of which included a quote from a representative of Parsons),[15] alleged that the song "Need You Now" by country music group Lady Antebellum used the melody and arrangement of "Eye in the Sky".

Parsons produced Jake Shimabukuro's album Grand Ukulele, which was released on 2 October 2012. Also in 2012, he contributed lead vocals and performed keyboards and guitar on the track "Precious Life" by German electronic music duo Lichtmond, and appeared with many other noted progressive-rock musicians on the Prog Collective album by Billy Sherwood, singing lead on "the Technical Divide."

Parsons engineered the third solo album by Steven Wilson, The Raven that Refused to Sing (And Other Stories), released on 25 February 2013.

In late 2013, a live album recorded on tour in Germany and Austria with the title LiveSpan was released, accompanied by a single called "Fragile" with Simon Philips on drums.

Legacy Recordings, the catalogue division of Sony Music Entertainment, celebrated the 35th anniversary of Eye in the Sky, with the worldwide release of a definitive deluxe collector's box set, featuring rare and unreleased material, on 17 November 2017.

On 19 July 2018, Parsons and engineer Noah Bruskin opened a new recording studio, ParSonics. ParSonics was used in the recording of Alan Parsons’ most recent album The Secret.[16][17]

His father was Denys Parsons, the grandson of the famous actor Sir Herbert Beerbohm Tree. Denys Parsons was a scientist, a film maker, and the press officer for the British Library, as well as a talented pianist and flautist. He developed the Parsons Code as a means of classifying musical melody and was the author of The Directory of Tunes and Musical Themes (1975, revised 2008).[20][21][22]

Parsons resides in Santa Barbara, California. He has two sons from his first marriage. He is married to Lisa Griffiths; they have two daughters.[2][23]

Parsons was appointed Officer of the Order of the British Empire (OBE) in the 2021 Birthday Honours for services to music and music production.[31]