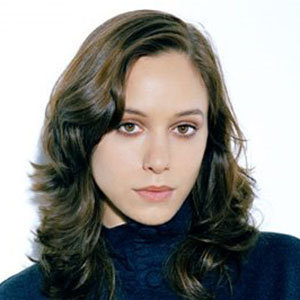 The estimated net worth of Jodhi May is $5 million USD.

Jodhi Tania May (née Hakim-Edwards; 8 May 1975) is a British actress. She remains the youngest recipient of the Best Actress award at the Cannes Film Festival, for A World Apart (1988). Her other film appearances include The Last of the Mohicans (1992), Sister My Sister (1994), and A Quiet Passion (2016).

May was born Jodhi Tania Hakim-Edwards in 1975 in Camden Town, London.[1] Her name was later legally changed to Jodhi Tania May.[1]

Her mother, Jocelyn Hakim, is an art teacher of French-Turkish descent who as a student arranged to marry artist-designer Malcolm McLaren to obtain citizenship,[2] paying him £50 to marry her in a Lewisham register office in 1972. They later divorced, a move that cost McLaren's grandmother £2,000.[3][4] Jodhi has not publicly identified her father, besides stating he is German. She was educated at Camden School for Girls.[5]

May first acted at the age of 12 for A World Apart (1988). For the role she received a Best Actress award at the 1988 Cannes Film Festival, shared with her co-stars Barbara Hershey and Linda Mvusi.[6]

Other than a brief lull while studying English at Wadham College, Oxford,[7] she has had near constant work since her debut, and can regularly be seen on film, television and the British stage.

Notable roles have included Alice Munro in Michael Mann's The Last of the Mohicans, Lea Papin in Sister My Sister, Lady Sarah Lennox in Aristocrats, Florence Banner in Tipping the Velvet, Anne Boleyn in the first adaptation of The Other Boleyn Girl, and Sabina Spielrein in the play The Talking Cure.

In August 2005, May appeared in Blackbird by David Harrower alongside Roger Allam at the Edinburgh Festival in a production by German director Peter Stein. The play transferred to the Albery Theatre, London in February 2006 and won a best new play award.[citation needed]

In 2010, she played the lead role of Kay in Mark Haddon's play Polar Bears at the Donmar Warehouse.

May played Janet Stone in the 2011 noir thriller I, Anna, alongside Gabriel Byrne, Charlotte Rampling, Eddie Marsan, and Honor Blackman.

In 2015, she appeared in the Season 5 premiere of the HBO series Game of Thrones.

In 2020, alongside Valentina Cervi, Francesco Scianna, Filippo Timi, she was in the cast of Marco Simon Puccioni's film The Invisible Thread, produced by Netflix and likely to be released in 2022.