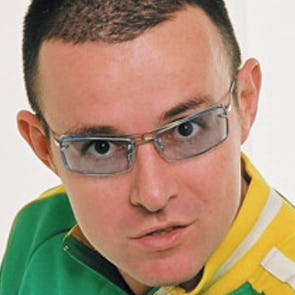 The estimated net worth of Judge Jules is $42 million USD.

Julius O'Riordan (born 26 October 1966), better known by his stage name Judge Jules, is a British dance music DJ, record producer and entertainment lawyer.[1] Known for his DJ activities, music production and popular radio show which achieved global success. He was voted best DJ in the world by DJ Mag in the year 1995.[2]

O'Riordan was educated at Highgate Wood Secondary School, a state school in Highgate Wood in North London and University College School, an independent school for boys in Hampstead (also in North London), followed by the London School of Economics (LSE), where he earned a degree in law.[3] During his time at university, O'Riordan started hosting small parties where he was the DJ and also earned the nickname "Judge Jules" due to his field of study.

O'Riordan began DJing professionally back in 1987. As a very young, but clearly extremely talented, DJ he transformed the music scene with his clever interpretation of beat at the celebrated Club Valentino venue in Colchester, North Essex drawing capacity attendance. He was quickly hired by the then-pirate radio station Kiss. He began his show with Radio 1 in October 1997. When he first arrived, his show went out between 17:00 and 19:00 on Saturday evenings, ahead of Danny Rampling's show. Played at "Naughty but nice" Fridays at the Crystal Rooms in Hereford. Remained resident DJ for many years. From 31 July 2004, after the departure of Seb Fontaine from the station, his show was moved to between 19:00 and 21:00 on Saturday nights, ahead of Tim Westwood. The show was widely advertised as, "The UK's Saturday Warmup", or "The Weekend Warm-Up". The show kept this slot until September 2007.

During those years, his music policy ranged from playing commercial to underground tracks, and much in between. The first segment of the show were taken by the Cut-Up Boys, who did a five or ten-minute mix featuring several dance tracks and a cappella tracks playing simultaneously. The rest of the first hour was generally taken up by house music and the second hour featured trance music, although if they were broadcasting the show outside the studio, the music might vary.

In September 2007, the show was moved to 01:00 to 03:00 every Saturday morning. Because of his DJ commitments on Friday evenings, his show was now pre-recorded instead of being broadcast live. From September 2008, the show was moved forward by 2 hours to 23:00 to 01:00 every Friday evening. The reason for the move was the departure of Dave Pearce, whose Dance Anthems show was moved to BBC Radio 6 Music. His show attracted a wide audience from around the world due to Radio 1's online internet connections and the Sirius Satellite Radio network in the United States and Canada. Through the radio show, he was responsible for launching many popular trance tunes and acts in the UK, and was a pioneer for commercial contemporary dance music. Many people send their unreleased tracks to him. According to his own website, during the time when his show was being produced, he received between 250 and 300 promos per week.[4] His Radio 1 show was produced by independent production company Somethin' Else.

O'Riordan was also a substitute presenter for the Essential Mix, which included hosting the Benga mix in 2008. He presented his last show on Radio 1 on 30 March 2012.

He also has an internationally syndicated radio show called "The Global Warm Up" (also produced by Somethin' Else)[5] which can be heard across the US, Russia, Europe (including RTÉ 2fm) and the Middle East or via Podcast.[6] As of May 2019, there have been 792 episodes of the Global Warm Up.[7]

O'Riordan's wife provided vocals for the group Angelic, which was a grouping between O'Riordan and Darren Tate. They had two hits, "It's My Turn" in 2000 and "Can't Keep Me Silent" in 2001. In 2005, she appeared once more on the track "Without Love", which was by O'Riordan himself. This track was eventually released, with remixes, on the Maelstrom Records label in 2007. O'Riordan has also released two albums via this label, "Proven Worldwide" in 2006 and "Bring The Noise" in 2009. Elsewhere, he has collaborated several times with Paul Masterson under the Hi-Gate name. In August 2017, O'Riordan released an original Loopmasters sample pack called ‘Judge Jules – Essential Big Room House’.[8]

In 2012, O'Riordan signed with Paul Van Dyk's label VANDIT Records, releasing "The Attack" and "Give Me A Reason".

O'Riordan is a follower of football. He supports Arsenal FC and was asked to remix the Premier League's official anthem in 2005.[citation needed]

Alongside his full-time job as an entertainment lawyer in 2019, O'Riordan still tours heavily as a DJ and continues to play at notable venues like Zero Gravity Dubai and Ministry of Sound, and at renowned events like Luminosity Beach Festival, Creamfields and Dreamstate USA.

In March 2019, O'Riordan announced his ‘Judge Jules: Live’ project which features O'Riordan playing dance classics alongside a 10-piece jazz band and two vocalists. The show debuted at The Plug in Sheffield on Saturday 22 March, with four further dates announced in London, Manchester, Birmingham and Bristol. The live project differs heavily from other comparable shows because the tracks are all re-written for the band to play from the ground up in a different style, specifically for this show.[9]

O'Riordan was a contributor to the UK-based black music magazine Soul Underground between 1988 and 1990. He contributed both as 'Judge Jules' and as 'The Dark Knight', using the anonymity of this identity to provide 'inside information' on the music scene.

O'Riordan was an Associate in the Music Group at the law firm Sheridans from 2012 to 2018.[10] In March 2018, he joined Sound Advice LLP as an entertainment lawyer.[11] Jules’ legal expertise centres around the entertainment areas in which he has over 30 years experience.[12]

In 2015, O'Riordan wrote a series of six articles for the 'Industry Insider' section of Mixmag UK which outlined basic legal advice for a number of music industry topics, including management, publishing and recording contracts.[13]

O'Riordan had a regular club night in Ibiza that started out as Judgement Sundays at Eden night club; in 2013 this became Judgement Fridays. In 2014, Eden nightclub was rebranded "Gatecrasher" and Judgement Fridays moved over the road to Es Paradis and combined with the Fiesta del Agua (water party). In 2015, the "Gatecrasher" brand had disappeared from Eden and the nightclub was re-launched with a new logo; this also saw the return of O'Riordan's night, now branded "Judgement". Previously advertised as "San Antonio's busiest night" it was later advertised as "San Antonio's most legendary night". The night ran for most of the summer season, generally starting in June and running through mid September, and as well as DJing at this night he also promoted it.

In 2016, Judgement returned to Eden for its 16th season, taking place every Friday from June to September. In 2017, Judgement took a break from Ibiza, but O'Riordan still played at various events including Acid 88/89 at Sankeys Ibiza. Judgement returned to Ibiza in September 2018 for a one-off reunion show at Eden featuring Marco V alongside O'Riordan. In 2019 O'Riordan returned once again to Judgement for a one-off workers' reunion in October also at Eden, alongside Dermot C, Dirty Rotten DJs and Tristan Ingram and Vicky Devine.

In 2016, O'Riordan launched his record label Judgement Recordings. The label serves as an outlet for his own original productions, as well as a platform for O'Riordan to push new and upcoming talent. The first release was ‘Burn In The Sun’ with Richard Bedford in June 2016. In December 2016, the label released a remixed edition of Hi-Gate's ‘Caned & Unable’ and ‘I Can Hear Voices’.[14] 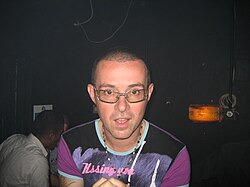 O'Riordan has also made many TV appearances. Firstly the BBC's Top Gear show, in the 1990s, road testing In-Car Entertainment (ICE) systems. He gave a short interview on Channel 4's The 11 O'Clock Show (11 April 2000)[16] and featured on the Richard and Judy Show in 2003 with his counterpart Paul Masterson and singer/DJ Boy George promoting their Hi-Gate album, on which Boy George made a cameo singing contribution.

O'Riordan also appeared on the BBC's Top of the Pops show (2000) with Paul Masterson, to perform the single "Pitchin'", off their album Hi-Gate. O'Riordan also appeared in a UK series called Superstar DJs,[17] and a series called Ibiza Uncovered.[18] He had his own short series Spin Cities on Play UK. In addition to this, O'Riordan has appeared twice on UK Channel Five's 5th Gear in 2005 and 2009. In 2005 he was filmed while at the Global Gathering dance music festival where he was interviewed in a Bentley, and again by the same presenter in 2009 whilst being chauffeured in an Aston Marton to a gig in Bournemouth. He also appeared on Channel Five's "The Gadget Show" reviewing various DJ equipment including a remote hand held DJing device known as a "pacemaker".

In 2008 O'Riordan has worked with designers to produce his own clothing range 'Heroes and Villains'.[20]

He has lived in North London for the majority of his life, now settled in the Hampstead area with his wife Amanda, their son Jake and daughter Phoebe. Jules has a villa in Ibiza and during the summer months he and his family split their time between there and North London. His father, Shaun O'Riordan, starred as Eddie Larkin in the sitcom The Larkins, which aired on British television between 1958 and 1960. Jules is the nephew of celebrity chef Rick Stein. His wife, Amanda, is the cousin of techno DJ Tommy Four Seven.[23]