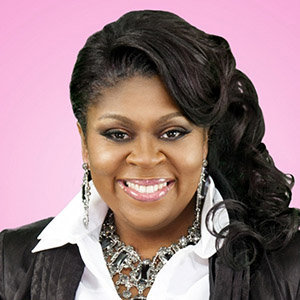 The estimated net worth of Kim Burrell is $5 million USD.

Kimberly Burrell is an American gospel singer from Houston, Texas.

In 1996, she was a featured singer on the reprise of "Jesus Paid It All" on Ricky Dillard & New G's album .[citation needed] Her first independent album, Try Me Again, was released on the Texas-based boutique label Pearl Records in 1995. This led to her being signed to Tommy Boy Gospel and releasing another album, Everlasting Life (1999), produced by Asaph Alexander Ward. The album peaked at #10 on the Billboard Gospel Charts.[2]

Burrell recorded Live In Concert, a live album in November 2000 at the annual COGIC Convention in Memphis, Tennessee. The album was released in 2001. It was nominated for a Grammy Award for Best Soul Gospel Album in 2002.[citation needed] Though Tommy Boy Gospel closed shortly after the release of Live In Concert, by 2002, she had signed a recording contract with Elektra Records.[3] Under this contract she recorded only a guest appearance on the all-star gospel track "Higher Ground", which first appeared as a bonus track on Missy Elliott's album Miss E... So Addictive[4] and was later featured on Karen Clark Sheard's 2nd Chance album.

She has continued to perform live and to collaborate with other artists. Though only intermittently active as a recording artist, she established and hosts the annual Ephesians 4 conference, a workshop for performing artists.[citation needed]

In 2004, Burrell was a guest performer along with Kelly Price on R. Kelly's "3-Way Phone Call" playing the part of Price's "prayer partner" in the soap opera-like song.[5] She appeared in George Clinton's original song "Mathematics of Love" on Clinton's 2008 album of covers, George Clinton and Some Gangsters of Love.[6] Burrell released her first studio album in 11 years, No Ways Tired, on April 7, 2009 through Shanachie Records.[7] The album features covers of classic gospel songs like "My Faith Looks Up To Thee," "What A Friend We Have In Jesus," "O Lamb Of God" and "I Surrender All," as well as the classic James Cleveland song after which the album is named.[8][9]

Burrell sang "I see a Victory" with Pharrell Williams for the soundtrack to the feature film Hidden Figures (2016).[10]

In December 2016, a video surfaced showing Burrell preaching a sermon at the Love & Liberty Fellowship Church.[11][12] In that sermon, she called people who engage in homosexual acts "perverted" and said they had been deceived by the "homosexual spirit."[13][14]

She also warned that people who "play with" homosexual sin would "die from it" in 2017.[15] In response to considerable criticism, Burrell said that she makes "no excuses or apologies" for the sermon, adding "I love you, and God loves you, but he hates the sin in you and me."[16]

Shortly after the video of the sermon surfaced, The Ellen DeGeneres Show cancelled Burrell's scheduled appearance,[17] as did the BMI Trailblazers of Gospel Music event, where she was removed as an honoree.[18] Her radio talk show, Bridging the Gap with Kim Burrell, was cancelled by Texas Southern University.[19]