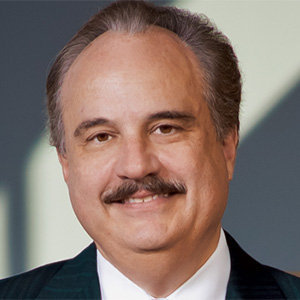 The estimated net worth of Larry J. Merlo is $44 million USD.

In 2014, after CVS refined its purpose of "helping people on their path to better health", Merlo announced that CVS would be the first major retail pharmacy to discontinue tobacco sales in all of its stores.[6][7] He also announced that CVS would attempt to expand its line of “MinuteClinics,” which are walk-in health clinics, from 800 locations to 1,500 by 2017.[8] In 2017, Merlo was also behind the decision that CVS would limit access to opioid painkillers.[7]

Honors and board memberships

Merlo serves on the board of the National Association of Chain Drug Stores (NACDS) and the University of Pittsburgh’s board of trustees. He is also a member of the Business Roundtable.[2]

Merlo and his daughter, Kristen, joined First Lady Michelle Obama as one of her special guests at the 2015 State of the Union Address on January 20.[6]

In 2016, Merlo was named University of Pittsburgh's 2016 Distinguished Alumni Fellow, which recognizes graduates with records of professional achievement and community service.[9]

Merlo lives in East Greenwich, Rhode Island, with his college sweetheart, Lee Ann. They were married in 1978. Together they have a daughter, Kristen Merlo. [6]

In 2015, it was revealed that Merlo had the highest CEO-to-average-employee pay ratio of any American company by Fortune Magazine.[10] CVS has also been criticized under Merlo's tenure as CEO for understaffing, not allowing pharmacy staff to take breaks, and underfunding critical aspects of daily operations.[11]

Additionally, claims of CVS using unethical and strong arm business practices during Merlo's tenure have been made.[citation needed] Several states have, in recent years, looked into the use of spread pricing and patient steering by CareMark, CVS's pharmacy benefits manager.[12] One of the most comprehensive investigations began as an in-depth journalistic investigation by Ohio's Columbus Dispatch. Their Side Effects series ran from January 2018 - April 2020 and prompted a state-sponsored study which found that PBMs (pharmacy benefit managers) were charging Ohio taxpayers 3-6 times the normal rate. The series also led to new state Medicaid rules and to proposed legislation aimed at tightening regulations on PBMs and controlling prescription drug prices.[13]