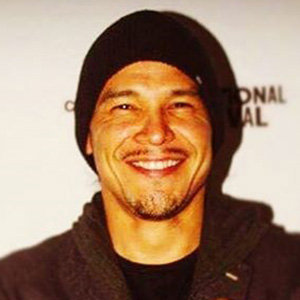 The estimated net worth of Nathaniel Arcand is $5 million USD.

Nathaniel Arcand (born November 13, 1971) is a Canadian actor. He is known for his first major role in the Canadian drama series North of 60, in which for three seasons he played William MacNeil, smart-mouthed and cocky, a troubled, misunderstood teen.[1] In 1997, he was nominated for a Gemini Award in the category "Best Performance by an Actor in a Featured Supporting Role in a Dramatic Series" for the North of 60 episode "Traces and Tracks."[2]

He was raised in Edmonton, Alberta. He is Nēhilawē (Plains Cree), from the Alexander First Nation Reserve.[3] Essential supports throughout his life are Nathaniel's mother and his great grandparents. Nathaniel has one daughter, Trisha O'Chiese, and two sons, Jaden Plaizier and Griffin Powell-Arcand.[4] Griffin is also an actor.[5]

Arcand's most recent role is Clinton Skye in FBI: Most Wanted, an American TV Series on CBS. One of Arcand's longest running roles is that of Scott Cardinal on the CBC series Heartland.[3] Also in television, Nathaniel portrays Victor Merasty on Blackstone, "an unmuted exploration of First Nations’ power and politics" set in a small Plains Cree community.[6] In one of his latest film roles, Arcand portrays Nathan in the comedic drama Two Indians Talking, which won the 2010 Vancouver International Film Festival Most Popular Canadian Film Award.[7]