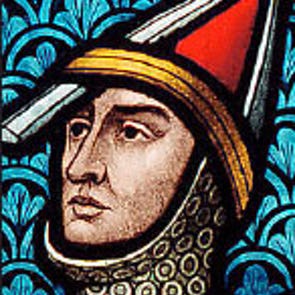 The estimated net worth of William De Warenne is $147.13 billion USD.


Norman noble who fought in the Battle of Hastings
For other people with the same name, see William de Warenne (disambiguation).

William de Warenne, 1st Earl of Surrey, Lord of Lewes, Seigneur de Varennes (died 1088), was a Norman nobleman created Earl of Surrey under William II Rufus. He is among the few known from documents to have fought under William the Conqueror at the Battle of Hastings in 1066. At the time of the Domesday Survey in 1086, he held extensive lands in 13 counties, including the Rape of Lewes in Sussex, which is now divided between the ceremonial counties of East Sussex and West Sussex.

William was a son of Rodulf or Ralph de Warenne[1] and Emma, and reported to have descended from a sibling of Duchess Gunnor, wife of Duke Richard I. Chronicler Robert of Torigny reported, in his additions to the Gesta Normannorum Ducum of William of Jumièges, that William de Warenne and Anglo-Norman baron Roger de Mortimer were brothers, both sons of an unnamed niece of Gunnor. Unfortunately, Robert's genealogies are somewhat confused – elsewhere he gives Roger as son of William, and yet again makes both sons of Walter de Saint Martin – and several of Robert's stemmata appear to contain too few generations.[2] Orderic Vitalis describes William as Roger's consanguineus – literally a "cousin", more generally a term of close kinship, but not typically used to describe brothers – and Roger de Mortimer appears to have been a generation older than William de Warenne.[2][3]

Charters report several earlier men associated with Warenne. A Radulf de Warenne appears in two charters, one dating between 1027 and 1035, the other from about 1050 and naming his wife, Beatrice. In 1059, a Radulf and wife Emma appear along with their sons Radulf and William. These occurrences have typically been taken to represent a single Radulf with successive wives, of which Beatrice was the mother of William and hence identical to the Gunnorid niece described by Robert de Torigny,[4][5] yet the 1059 charter explicitly names Emma as William's mother.[2] Re-evaluation of surviving charters led Katherine Keats-Rohan to suggest that Robert of Torigny compressed two generations into one, as he appears to have done elsewhere, with Radulf (I) and Beatrice being parents of Radulf (II) de Warenne and of Roger de Mortimer – a Roger son of Radulf de Warenne appears in a charter dated 1040/1053 – and Radulf (II) in turn married Emma, and as attested by the 1059 charter, they had as sons Radulf (III) as the heir in Normandy, and William. Associations with the village of Vascœuil led to identification of the Warenne progenitrix with a widow Beatrice, daughter of Tesselin, Viscount of Rouen, who appeared there in 1054–1060. Robert of Torigny shows a different Viscount of Rouen to have married a niece of Gunnor, perhaps suggesting that it was through Beatrice that William de Warenne was linked with Gunnor's family.[2] [a]

William was from the hamlet of Varenne, near Arques-la-Bataille, Duchy of Normandy, now in the canton of Bellencombre, Seine Maritime.[9][10][11] At the beginning of Duke William's reign, Radulf de Warenne was not a major landholder, while William de Warenne as a second son did not stand to inherit the family's small estates. During the rebellions of 1052–1054, the young William de Warenne proved himself loyal to the Duke and played a strong part in the Battle of Mortemer for which he was rewarded with lands confiscated from his kinsman, Roger of Mortemer, including the Castle of Mortimer and most of its lands.[12] At about the same time, he acquired lands at Bellencombre including the castle that became the centre of William de Warenne's holdings in Normandy.[13][14]

William was among the Norman barons summoned to the Council of Lillebonne by Duke William when the decision was made to oppose King Harold II's accession to the throne of England.[13][15] He fought at Hastings and was well rewarded with numerous holdings. Domesday records his lands stretching over 13 counties, including the important Rape of Lewes in Sussex, several manors in Norfolk, Suffolk and Essex, the major manor of Conisbrough in Yorkshire and Castle Acre in Norfolk, which became his headquarters or caput.[13][14] He is one of few proven companions of William the Conqueror known to have fought at the Battle of Hastings in 1066.[16][17][18] He fought against rebels at the Isle of Ely in 1071, where he showed a special desire to hunt down Hereward the Wake, who had killed his brother-in-law Frederick the year before.[19][20] Hereward is supposed to have unhorsed him with an arrow shot.[21]

Sometime between 1078 and 1082,[22] William and his wife Gundred travelled to Rome, visiting monasteries on the way. In Burgundy they could go no further due to a war between Emperor Henry IV and Pope Gregory VII. They visited Cluny Abbey and were so impressed by the monks and their dedication that they decided to found a Cluniac priory on their own lands in England, for which William restored buildings for an abbey. They sent to Hugh, Abbot of Cluny, to staff their monastery. At first Hugh was reluctant but he finally sent several monks, including Lazlo, who was to be the first Abbot. The house founded was Lewes Priory, dedicated to St. Pancras,[23][24] England's first Cluniac priory.[25]

William supported the King in the siege of Saint-Suzanne against some rebellious lords. His loyalty to William II,[19] led to his creation as Earl of Surrey, probably in early 1088.[26] He was mortally wounded at the First Siege of Pevensey Castle, died on 24 June 1088 at Lewes, Sussex, and was buried beside his wife, Gundred, in the chapter house of Lewes Priory.[27][28]

William married secondly a sister of Richard Gouet, who survived him.[32]

He had no issue by his second wife.

Landholdings in the Domesday Book

Landholdings in the Domesday Book of William de Warenne