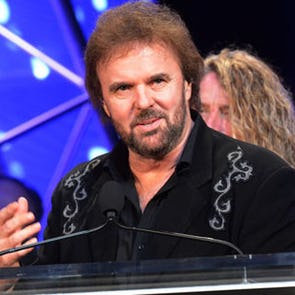 The estimated net worth of Don Barnes is $8 million USD.

Richard Donald Barnes (born December 3, 1952) is an American rock vocalist and guitarist and one of the founding members of the Southern rock band 38 Special.[1] Barnes performed lead vocals on nearly all of the group's biggest hits, including "Rockin' into the Night", "Hold On Loosely", "Caught Up in You", "If I'd Been the One", "Back Where You Belong", "Like No Other Night", "Somebody Like You", "Teacher Teacher", "Back to Paradise", "You Keep Runnin' Away", "Fantasy Girl" and more.

Barnes left the band in 1987, with the song "Back to Paradise" (from the movie Revenge of the Nerds II: Nerds in Paradise) being his final hit with the band. He was replaced by Max Carl.

Barnes recorded a solo album Ride the Storm in 1989, but it was not released due to the record label (A&M Records) being sold. It featured many of the top session musicians of the time, such as Jeff Porcaro and Dann Huff. The album was co-produced by singer-songwriter Martin Briley.